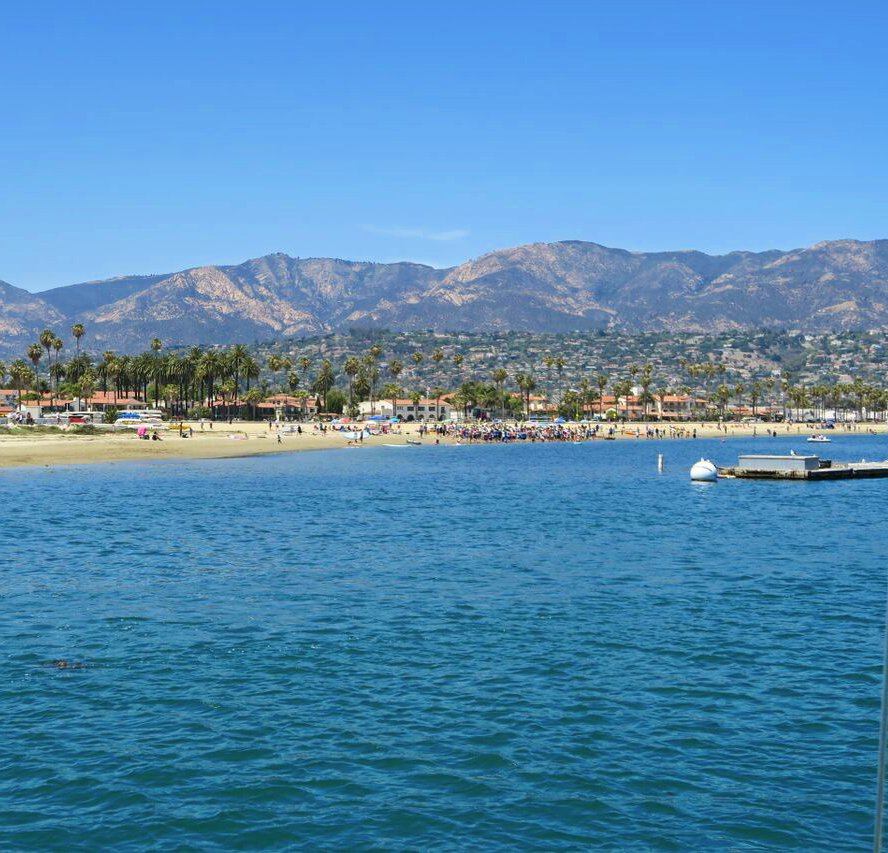 Santa Barbara is located just 95 miles north of Los Angeles (and a three-hour drive from LAX). On May 19, a land-based oil pipeline ruptured near Refugio State Beach, which is one of the most popular beaches in the area, located 23 miles north of Santa Barbara.

This was a sad throwback to the devastating and much larger 1969 Santa Barbara spill, when up to three million gallons of oil reached the ocean. At the time, the spill was so shocking to environmentalists and locals that it helped lead to the creation of Earth Day.

So how bad was the destruction this time? Contributing writer Margot Black visited Santa Barbara with her family to learn more about the spill and to see if the water was safe—and clean enough for her son to swim in safely. With my family in tow, I decided to visit the area to see how the beaches were faring after the spill. We booked a hotel directly opposite West Beach, near the center of Santa Barbara, and drove to three other beaches along the coastline to get a comprehensive view of the aftermath. What we witnessed was almost immediate good news—the beaches were clean, the wildlife unaffected, and folks were swimming in the ocean.

After any environmental incident, perception often trumps reality, and a certain geographic ignorance sometimes prevails. For example, after the BP oil spill in the Gulf, officials in Fort Lauderdale saw tourism numbers drop. Would-be travelers canceled their trips, without looking at the map (Fort Lauderdale is on the OTHER side!). So when it comes to any potentially catastrophic event, it’s essential to put the incident in proper perspective. Surprisingly, the spill hasn’t affected tourism. The Santa Barbara Visitor Center reported a three to four percent dip in foot traffic in June, but an increase in July.

The June STR report, an independent hotel market data and benchmarking service, showed that occupancy on the Santa Barbara South Coast was 84.9 percent—up 4.1 percent from the previous year. The city waterfront department also reported higher visitor numbers than projected. Over Memorial Day weekend, there were a few cancellations at South Coast hotels, but they were quickly rebooked. Hotels and area attractions received calls from concerned visitors, but as soon as they were told that the oil wasn’t in the waters of downtown Santa Barbara, they continued their bookings. The most immediately affected businesses were kayak tour operators that could not run in the Gaviota Coast area and the two state parks (which are now running again).

The Refugio spill this year was only about three percent of the size of the 1969 spill and was contained in just one day. Since then, federal, state, local agencies, and volunteers have worked to clean and restore the affected areas and thankfully, no oil has been found in the waters off the Gaviota Coast since June 3. The county’s other 20 beaches have remained open this whole time.

But what about what you can’t see? What about the water quality itself?

“All the open beaches are safe for the public,” reports Dr. Takashi Wada, director of Santa Barbara County’s Public Health Department. “We’ve done testing 24/7 on both the air and water received air and because there is no ongoing release at the incident site, it is unlikely that water quality will be affected by this incident at a later date in time.”

It’s worth noting that since the spill, officials reported 192 dead birds and 103 mammals have been recovered, but only some showed signs of visible oiling. To date, 57 birds and 62 mammals are in rehabilitation or have been released.

Some Santa Barbara beaches worth visiting: Arroyo Burro Beach is five miles north of Santa Barbara’s city center. The locals call it Hendrys Beach (after Scottish immigrants William Nicol and Anne Stronach Hendry, who lived there from the 1890s until 1918), and it’s huge, gorgeous, and immaculate. It’s a dog-friendly beach too, offering a genius dog washing station which means you can avoid detailing the car every time you bring your pet for a walk. Twelve miles south of Santa Barbara we found Carpinteria State Beach, which is a magnificent stretch of sand, and although slightly rockier than other nearby beaches, dogs are not allowed but you can rent bicycles and skates. When the tide is low you can play in the tidal pools. Seals and sea lions can be seen in the area December through May, as well as the occasional gray whale. Butterfly Beach is a couple of miles south of the center of Santa Barbara, sitting opposite the Four Seasons Biltmore hotel. The untouched and classic nature of the beach means that there are no facilities, so pack a lunch and make sure everyone’s been to the bathroom before you decamp to the sand.

For more information about beach vacations, check out:

Text and Images by Margot Black for PeterGreenberg.com