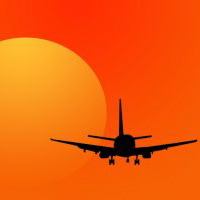 Thought you’d seen it all with the airline fee frenzy? Just wait.

Peter recently spoke with George Hobica of AirfareWatchdog.com about his list of potential airline fees for 2011.

Get ready to empty your wallet …

Peter Greenberg: This was just reported, but it actually happened back in November. A US Airways flight from Newark to Phoenix made an emergency landing in Pittsburgh after an 89-year-old passenger let her dog out of the carry-on kennel after its sedative wore off. Mandy, that’s the name of the dog, attacked a flight attendant and a passenger. Now this little Manchester Terrier was only 12 pounds, but it’s not the size of the dog in the fight, it’s the size of the fight in the dog. The pilot had to divert to have the injuries looked at by medical personal and 122 passengers were delayed. Mandy and her owner were arranged alternate transportation.

So much for that, but there are more hazards coming this year as the airlines are finding new and improved ways of charging you everything short of breathing. They’re calling them ancillary fees; I call them nickel and diming. How bad is it going to be George? George Hobica: That’s interesting that you talk about the pet that got out of the cage. I used to think that these pet fees that the airlines charged were very userist and unfair, but how much do you think that passenger or that flight attendant is going to sue for being bitten because of the negligence of the crew for not enforcing the pet-must-stay-in-the-carrier rule?

PG: Oh, I agree with you. There is another story which I didn’t report on, but I’ll share with you know. One of the all-time funniest ones, in retrospect of course, was a US Airways flight from Philadelphia to Seattle where they allowed a passenger to board with her pet pig because she claimed it was a service animal that helped her ease stress. The pig was well-behaved throughout the entire flight until the descent, when obviously the lowering of the pressure affected the pig’s ears. It panicked and ran up and down the aisle of the plane, depositing gifts all over passengers. US Air had some ‘splainin to do, and I think they awarded each passenger a pound of bacon. No, they awarded each passenger additional mileage for their troubles, but it happens, right?

GH: A lot of these fees that the airlines are charging are there because they incur a cost. They ate the fees or ate the cost before. I think we’re going to see new fees one of which is to talk to a real live person at the airport when you check, which Ryanair already does all throughout Europe. Of course, they all charge to call a real live human being, but Ryanair charges to get a boarding pass at the airport. What would happen if the U.S. airlines copy those fees? Just Google Ryanair fees and you’ll see a laundry list of fees that we don’t have yet in the United States, but I think we’re going to have soon.

Need help saving money when you fly? Don’t miss this segment on the CBS Early Show: How To Avoid Airlines’ Fees

PG: I will suggest something to you. If the airline wants to charge me to talk to a human being at the airport I would put a caveat there: it has to be an intelligent human being. GH: No, you have to pay extra for that.

PG: One by one, the really smart counter agent are being traded out. The other day I was at LAX and I needed to get a ticket rewritten. I went to the counter of United Airlines and I said, “Hey guys can you help me with this ticket?” They said, “Oh we don’t know anything about ticketing, we’re just here to help with kiosk problems. I said, “Let me help you guys out, the kiosk IS the problem.” But they couldn’t help me.

GH: They don’t know a lot of information, absolutely.

PG: So basically you’re saying they’re coming up with new fees. Right now based on your figures the airlines are actually earning $700 million a month just on the fees they are charging now.

GH: Yeah, most of their operating profits in 2010 came from the fees. If the oil price goes up I think they may have to rely on these fees more. Another fee we’re going to see, perhaps, they already charge 10 percent of the applicable adult fare towards a lap child traveling internationally. That’s even if you’re on a frequent-flier ticket in business class and that ticket is $5,000 you’re going to pay $500 to put that kid in your lap. What if they start charging 10 percent for domestic travel? Again Ryanair in the UK charges for lap children.  Another fee that they have in the UK is for using a credit card. It might be hard to apply that in the U.S. due to FTC regulations, but maybe the airlines will raise fares 3 percent and then give you a 3 percent discount if you pay with cash or use your PayPal account.

And what does our government think about all these fees? Official GAO Report: Airline Fees Are Misleading GH: No, no there are a lot of other fees too that they have in the UK. They charge per pound for checked baggage after a certain limit. You know you sometimes you go from United and hop on Ryanair, and you pay $50 for your international checked bag. Then, if it’s heavy you may pay $300 or $400 on Ryanair as they actually make you pay per kilogram after a certain limit.

PG: The one that drives me the most nuts? You mentioned Ryanair charging to talk to a human being; they’re all already charging you to book online.

GH: That’s right. In fact here in the United States, Allegiant Airlines charges $14.99 to use their Web site.

GH: You might say, why don’t they just raise the price of the ticket? They’ve discovered that whenever they raise the actual fare people stay home, or they drive, or they take the bus. So what they’re doing is they’re advertising low fares and enticing people to come to their Web site and book tickets. And then they hit them with the fees after they’re kind of a captive audience.

PG: So it’s a combination of either a shell game or a kind of Three-card Monte, that’s what it is. It’s deceptive pricing.

GH: It is, it is. I think every airline should have a list. You know I don’t like Ryanair very much, but at least if you go to their Web site there is a very, very visible list of all their fees. They charge for musical instruments; they charge for lap children; for online ticketing; they charge for using a online credit card. You know the fares are very, very low. Obviously Spirit Airlines is famous for having a charge for carry-on bags; no other line has copied that. But Spirit is about to go out of business.  You know the airline industry in this country is a monkey-see-monkey-do lemmings operations.

PG: You know if that’s the case they should just charge you for lemmings.

GH: That’s next. Well, if you bring a lemming on board they’ll charge for that.

PG: But it’s my service animal. It’s me and my lemming, no? And then they’ll charge me for the musical instrument I’ll play to lead all the other lemmings off the plane.

PG: You see, that’s how we do it. The one fee that came in that I thought was interesting was the one at Continental about locking in your fare fee.

GH: You know if you lock in a really low fare and then you ask your wife or your boyfriend or your girlfriend, can we go or do we want to go, that could be very, very useful. And it doesn’t apply to every fare. The problem is you might lock in a very high fare; you have to know what a low fare is. And another thing that Ryanair allows you to do, that might be useful is reassign a non-refundable ticket from one passenger to another.

PG: I understand there should be a fee for that, and you should pay for that, and not lose the entire value of the ticket. That is in fact the only decent thing I’ve heard Ryanair do. How about that?

GH: Yea, Midwest Airlines used to do that. They’ve obviously been swallowed up by Frontier.

PG: By the way there is no charge for you appearing on the show today.

GH: Thank you, there’s no charge to go to AirfareWatchdog.com either.