We’re all aware that those annoying little fees charged by airlines to check your bags or book tickets online have been on the rise over the last year and a half or so.

But few of us realize that these fees have added up to a whopping revenue boost for airlines—to the tune of $10.25 billion worldwide in 2008.

So which airlines are getting the biggest boost from all those fees and is there any way to avoid them?

This $10.25 billion figure represents a 345 percent increase from 2006, according to a new report by IdeaWorks, a consulting firm that helps airlines, hotels, railroads, and other types of companies improve ancillary revenue opportunities.

The report summarizes results gathered from the financial statements of more than 75 airlines around the world. It categorizes ancillary revenue as anything beyond the “core product” offered by airlines—namely, a seat. Sources of ancillary, or “incremental” revenue include everything from pre-ordered meals to blankets to “preferred” seating and frequent-flier mile purchases.

The leader in the ancillary revenue stakes is American Airlines, which raked in an astounding $2.3 billion in 2008, mostly from baggage fees. American was the first to implement such fees and currently charges $15 for the first checked bag, $25 for the second, and $100 for the third. Trailing behind American were United, with $1.74 billion, and Delta with $1.6 billion. Ryanair came in fourth with a relatively paltry $906 million, and Qantas rounded out the top five with $664 million.

When examined on a per-passenger basis, the numbers loom even larger. United brings in an average of $5.81 per passenger from ancillary fees, followed by Frontier at $5.41, easyJet at $4.75 and Northwest at $3.64.

The IdeaWorks report notes that ancillary fees were a boon to airlines, which faced their worst year on record on 2008 and teetered on the edge of financial disaster.

“The airline industry … suffered its own version of ‘annus horribilis,’ otherwise known as a ‘terrible year,’ during 2008,” the report says, referring to a term coined by Queen Elizabeth II in reference to a difficult year in her own life. 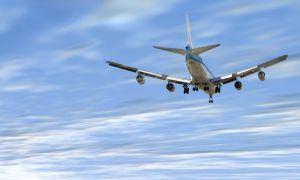 However, with the implementation a la carte pricing strategies, airlines were able to dig themselves out of the hole and return at least to health, if not outright profitability. “They decided between baggage fees or financial peril,” reads an excerpt from the report.

Though low-budget airlines such as Ryanair and easyJet have always used the a la carte pricing model, the 2008 crisis opened the doors to the rest of the industry to adopt it. For the first time since Idea Works began producing their report, legacy airlines filled the top three spots in the total ancillary revenue list.

However, if you look at ancillary fees as a percentage of total revenue, budget airlines still rank highest. For example, Allegiant Airlines came out on top in this category with 22.7 percent of its income derived from incremental fees, while Ryanair, easyJet and Jet2 following with 19.3 percent, 15.5 percent and 14.8 percent respectively.

And the trend is not only spreading from low-budget airlines to legacy airlines in the U.S., but also to large foreign carriers. Code-share and alliance partners of the big American airlines such as Air France, British Airways, Lufthansa, and Japan Airlines are bound to follow suit. “It would be safe to assume airlines all over the world watched developments in the US airline industry during 2008,” the report notes. “US-based activity is spreading from the domestic market to international routes.”

Though the report also notes that “ancillary revenue is one of the few bright lights in the dark and gloomy sea that has become the airline industry,” passengers are not as excited about it as airlines are, for obvious reasons.

A system that for airlines is purportedly designed to allow passengers to “pick and choose services and features based upon the desire to maximize convenience or minimize price” feels more like outright nickel-and-diming to many travelers.

With this in mind, the report concedes that airlines have their work cut out for them in terms of continuing down the ancillary revenue path while trying to retain a good public image. They must walk a fine line between generating more revenue via a la carte fees, and risking alienating loyal customers—or losing new ones.