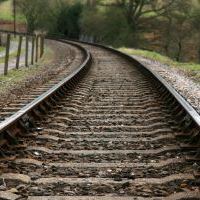 National Transportation Safety Board (NTSB) investigators are trying to determine what caused two Washington D.C.-area commuter trains to collide in the northeastern part of the city during evening rush hour yesterday, in what was the deadliest train accident in the history of the Metro Area Transit Authority.

The crash, which occurred around 5 p.m. EST, happened when a moving train plowed into the back of a standing train which was waiting to enter a station.

The force of the impact was apparently so powerful that the front car of the second train ended on top of the rear car of the first train.

Nine people were killed in the accident, including the driver of the rear train, which happened between the above-ground Takoma and Fort Totten stations near the Maryland border of Washington, DC. At least 70 others were injured, some critically.

Traveling In Or Around Washington, DC? Check out:

In a scene of chaos and confusion, victims were taken out of the trains by medical personnel and by other passengers, and were carried to waiting ambulances.

Authorities are focusing on anti-collision sensors in the rear train, signal failure and operator error as possible causes of the crash. The investigation is complicated by the fact that the rear train was not equipped with data recorders, which will make it more difficult to piece together what happened. It was an older model 1000 series train that the NTSB had recommended be replaced or retrofitted in 2004 and 2006. However, no action was taken to that end, and now some are wondering if the collision could have been avoided if the train had been a newer model.

The crash is the worst, but not the only one in the MATA’s history. In 1982 three passengers were killed when a train derailed, and in 2004 several passengers were injured when two trains collided. Three other accidents in the system’s 33-year history killed a total of five transit workers.