Have you ever wanted to drop everything in “real” life to open
your own lodge? What kind of personality does it take to leave behind everything
that’s familiar?   And what if that journey literally involves hacking through the rainforest with
machetes?

In the first of a series of interviews with eco-lodge owners from around the
world, Meg Pier shares the story of American ex-pat Lucy Fleming who, with her
husband, owns and operates the Lodge at Chaa Creek, one of the top-rated eco-lodges in
the jungles of Belize.

Meg Pier: Tell me
about the first time you traveled alone.

Lucy Fleming: My
first really alone travel was the summer before college, going across the
country with the JJ Rider Circus. Once on board, I soon realized that this
traveling circus was its own traveling world and as a mere lackey it was going
to be hard  being accepted by this fascinating and eclectic group of new
colleagues.

I’ll never forget the excitement of everyone pitching in to put up the tents in
a new venue; the constant training for the various acts and the wild energy that
ran through this tight-knit circus family that held generations of nomadic
history.

All in all, I did manage to win my way to acceptance before leaving the group. I
still consider this one of my favorite accomplishments. MP: Have
you ever had an experience where you took a wrong turn, literally or
figuratively, and found something that you wouldn’t have wanted to miss?

LF: I disembarked in
Athens off an ocean liner in 1974 during the time of the Cyprus War to find
myself in the midst of military tanks and throngs of screaming and running
civilians. I shouldered my small backpack and was being pushed along by the
crowd when I happened upon a girl being trampled in the street. I gathered her
up and forced my way over to a building doorway. I told her I was there to help
her and we managed to make our way to her home. I rang her doorbell while
supporting her and was greeted by a general in full regalia who as it turned
out, happened to be her father.

I was hired by the General and many of his friends as a newly accredited English
teacher for their children. During the two years that I worked for them I had a
bird’s-eye view of an incredible change unfolding as these good generals
eventually toppled the ruling military junta and brought back democracy to
Greece, along with PM Constantine Karamanlis.

MP: Can you tell me
about your journey to becoming a Belizean?

LF: After two years
of teaching in Greece, I returned to England for the fall to go apple picking in
Kent and met my future husband, Mick, who had just returned from Africa. We
decided to travel together to the new world. We arrived in the British colony of
Belize with little capital, an eagerness to explore, and a charming friend who
resided here as the wheelchair-bound livestock adviser to the crown—and the same
person who had inspired Mick to travel to Africa.

The inspiration was to try our hand at something new, with no idea what that
something may be …

Learn more about The Eco-Lodges of Belize Our early journey in Belize led us to many colorful encounters
with an eccentric array of characters, one being Jack Garden, a group captain in
the RAF V Bomber Squadron. Jack had purchased a downtrodden farm, but perhaps
more correctly put, a piece of secondary bush on the Macal River, that he hoped
this young couple might like to farm for him.

There were no roads in so we traveled the 6 miles upstream by canoe, and again
overland by horse to take stock of the place. We had a total of 300 pounds
sterling between us and took on a lease with an option to buy. We toiled by day,
cooked with firewood, and illuminated the night with kerosene lanterns.

Our machetes cut paths in unaccustomed hands to hilltop vistas that could see
the winding river Macal. New discoveries followed every twisting trail and the
birds welcomed us with the curious chatter of new neighbors.

No less than 70 Maya house mounds and three important ceremonial centers called
Chaa Creek their home, a gateway to the rich waterway that ran to the sea. Our small cabin was our home and workshop and after bathing in
the river, we pulled out our sleeping mats and listened to the BBC World Service
on the radio at night. It was an existence of calloused hands, aching muscles,
and an unrelenting determination to survive.

Within six months we were selling vegetables and eggs in the early morning
market, using our meager earnings to buy provisions and heading back by
horseback or canoe as night fell. The struggles were hard and many and the
rewards—our first horse, Taboo, our milk cow Molly, a gasoline water pump, a
dugout and outboard motor—were like manna from the gods.

MP: Was settling
down—in the jungle, no less—a culture shock?

LF: I guess that my
travels along the way prepared me for Belize and somewhat for life back-a-bush.
We entered our new lives with two small suitcases and little more aside from
lots of optimism and a keen willingness for new exploration. There really wasn’t
any culture shock per se, but living in isolation requires a very strong self
and exceptionally good mate. In this I was doubly blessed. MP: Clearly
you had quite a lot of challenges in the early days. Did you ever question that
you were doing the right thing, and, if so, what convinced you that you were?

LF: The land that is
now called Chaa Creek has always had a magical feeling for us as it may have had
for the countless number of Maya who inhabited it one thousand year ago. When we
first laid foot upon its tangled array of disorganized growth we truly felt that
we were God’s privileged creatures.

I must say that there were tough times, when my spirit had to dig deep to find a
viable vein of hope to access a well of faith. Having few options was certainly
an invaluable asset. Both Mick and I were on the move for so long before coming
together and settling in Belize that we did not have an easy entry to another
port of call. Ultimately building an enterprise from the ground up with blood,
sweat and tears affords an ownership and history that can never be matched.

MP: What were your
primary motivations, and aspirations, during your early days in Belize?

LF: Our principal
motivations were really very primal and centered on learning to live within a
natural habitat and to coax that habitat into supporting our needs for food,
shelter, and growth. We were energized by the small successes that come from
learning new tasks; the early morning market sale of our first crop of
vegetables in San Ignacio Town, and evening return in our dugout canoe with our
financial exchange of outback provisions and a quart of 1 Barrel Rum. MP: What
are your motivations and aspirations today?

LF: I continue to be
motivated by the wonderment of change and the essential ingredient of growth
that spurs it on. Although the stakes are now higher and the goals have changed
to include more sophisticated challenges like finishing the swimming pool for
last Christmas season, and marketing to a large global audience in the hope of
keeping our 125 staff employed, somehow the ethos for motivation has remained
the same.

The vision has continued to grow with the inclusion of the Natural History
Centre and Butterfly Farm, Maya Medicinal Trail and Rainforest Spa, but also
comes back to its initial roots with the Maya Organic Farm, and Macal River
Camp. But the true vision that creates sustainable growth draws upon the wide
lens of input by the many who make up the spirit of what Chaa Creek is all
about.

MP: What about
Belize inspires awe in you?

LF: To live in a
country where the people are as diverse and colorful as the unique environments
they inhabit is truly inspirational. I am awed by the spirit of a people who are
able to create such a homogenized society configured by so many assorted
heritages. Belize is home to eight distinct cultures. The indigenous Maya trace their ancestry in Belize back to
2000 BC in what was then the heartland of the Maya Empire.

Garifuna are descendants of Carib, Arawak and African people who came by dugout
to Belize after the British expelled them from the Bay Islands in 1802. They
still maintain their vibrant language and customs along the southern coastline.

The Arab community is made up of Lebanese, Palestinians and Syrians who arrived
in the late 19th century and remain stalwarts of the merchant class.

The Creole, descendents of African slaves and British settlers from the early
colonial period, are peppered throughout the nation, and have traditionally held
government seats.

The East Indians were brought to Belize in the early 1800s as indentured
servants to work on sugar plantations. They were emancipated in 1838 and have
proliferated in the northern and southern business communities.

The Mestizo, descendants of Maya and Spanish settlers, immigrated to Belize
during the Caste Wars of the Yucatan, and live predominately in the northern and
western districts and lead in the agricultural community.

The Chinese first began to arrive in Belize in the 1940s to escape the Japanese
invasion of China just before World War II, and work primarily in the restaurant
and business trade.

Learn more about the region in our Mexico & Central America travel section.

The Mennonites, originally of German descent, began arriving in Belize in 1958
from Canada and Mexico. They are prolific dairy and poultry farmers and talented
furniture makers, who contribute significantly to the overall economy in Belize. 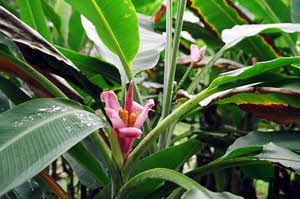 All of these fascinating cultures come together to create a
kaleidoscope of inspirational richness and a potpourri of colorful vibrancy that
dots the landscape in a tiny nation the size of Massachusetts with a total of
just over 300,000 inhabitants.

MP: What would you
say have been the primary lessons life at Chaa Creek has taught you?

LF: Chaa Creek had
enticed me in such a way that after years of traveling, my quest for discovery
was answered on a small parcel of jungle that has taught me more than all of my
other journeys put together. It has taught me to stay put and to learn life
lessons from the great master of nature. It has taught me that striving for
excellence may begin with making a good fire, that life’s rewards come more from
doing than getting, and that love is in your heart and the heart of everything
that reaches for life. It has given me the opportunity to excel and to fail, and
to treat both as equal partners. It has sustained the lives of my children and
husband and for this I am eternally grateful.

MP: What do you want
your legacy to be?

LF: That my family
and friends when reflecting on my life may wish to think that I was a good
person who lived her life well, who gave without being asked, who dared to
challenge the norm, and who reached for stars that did not glitter.

Text and photos by Meg Pier for PeterGreenberg.com. Read the complete
interview and more Peer to Pier interviews at www.viewfromthepier.com/peertopier.