Monaco has a global reputation of being one of the most glamorous destinations in the world. In fact, this tiny principality on the French Riviera has more billionaires per capita than anywhere in the world. Even James Bond has been here, replaced now by the tourists who come to have their photos taken in front of the casino every single day.

But beyond the glitz and glamor, Monaco is surprisingly accessible. From high-octane adventures that won’t break the bank, to home-grown food that will surprise you because it’s purely “Monegasque.” Let me show you some of my hidden gems of Monaco.

For years, Monaco has been the playground of the rich and famous. The mild Mediterranean climate, the beautiful mountain scenery, the high-rolling Monte Carlo Casino, they’ve all made this second-smallest-country-in-the-world larger than life.

To get to Monaco, you’ll probably fly into the nearest airport, which is in Nice, France. From there, the fun can begin before you even step foot on the ground. You have two choices: a $120 taxi ride that takes an hour or a seven-minute helicopter ride.

You can take a helicopter from the airport for not much more than the cost of a taxi.

When visiting a place perched right on the sea, the first logical spot to check out is the harbor—and the boats. In Monaco, where yachts seem more like castles, you can get up close and personal—if you know where to look.

There’s a great way to see the big ships in Monaco and it’s not in the brochure. You just call up the Societe de Nautique de Monaco, which is a club that provides an opportunity for you to row around the harbor—to see some of the boats.

Peter Murray Kerry has been rowing since college. He’s out on the water nearly every day, plowing the waves with his fellow rowers. “Monaco is one of the major centers for yachts,” says Kerry. “It’s a very manageable harbor.” 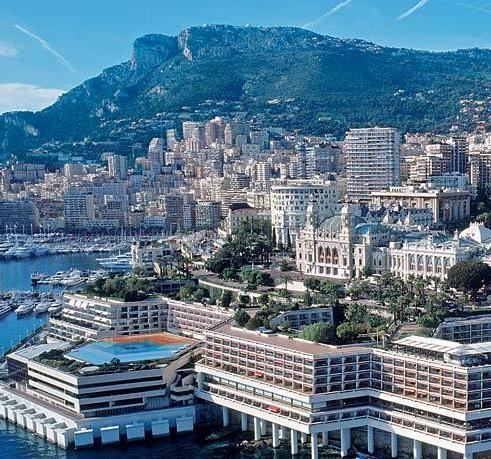 After a few hours on the water, there’s nothing better than a local drink to revive you. In Monaco, you can have your pick. There’s the Brasserie de Monaco that serves up a variety of homemade beers. If you ask, they might even take you around the back to show you their brewing vats.

Or if you want something a little more upscale, you can do a wine tasting—right on the beach. Once you’ve had your aperitif, it’s time to get some food in your belly.

I’m not talking about just any food—but a Monegasque specialty known as barbagiuan. You can find one cooked by Joel Garault, head chef at the Hotel Hermitage. Barbagiuan is a puff pastry that’s usually stuffed with spinach, onions, and mushrooms, and then deep fried.

Do you want to know what’s even more Monegasque than barbagiuan? Cruising the streets in a head-turning classic car.

You’ve heard of style over substance. How about style and substance? When you drive a car like this, for one brief shining moment, you actually think you belong in Monaco.

Who would’ve guessed that a country smaller than a single square mile could pack in so much fun?

Monaco certainly lives up to its reputation as the playground of the rich and famous. But guess what? You get to play, too. Perhaps that’s the biggest hidden gem of all.

Want to see more segments from season two of The Travel Detective? Check out: