The summer road trip is an American classic, but it can be done in a million different ways. Contributor Adam Costa has criss-crossed the country as a North American tour guide and he’s put together his list of what you can’t miss and what you can skip. Pay attention to the spots that just might surprise you.

As a North American tour guide, I’ve driven across the U.S. many, many times. I do believe that a cross country road trip should be required for Americans. It’s a once-in-a-life-time opportunity to see world-class cities, a wide variety of National Parks and vast stretches of deserts, mountains and plains. The following itinerary can be done in three weeks, though I suggest taking more time if possible. Ready? Then keep reading for my top 7 must-see destinations. New York is an unabashed world city. For many, it’s the world city… home to skyscrapers, street food and subways, the city truly never sleeps.

What to do: You could spend a lifetime here and never run out of activities. Visit the Metropolitan Art Museum, walk through Central Park, catch a Broadway show or hop on a subway to another borough.

What to skip: The Empire State Building does offer great views but with long lines and high prices it loses some of its appeal. Visit Rockefeller Center (preferably at night when the skyline is lit up).

What to eat: New York is a veritable hotbed of culinary activity. Wontons, stromboli, falafel, hot dogs, stir fry, bratwurst and New York delis are just a few of the many options. For delis, you must go to the Second Avenue Deli–the pastrami is to die for. The U.S. capitol is beautiful in its own right. Then add the fact that nearly every monument, museum and gallery is free, and you’ve got a winning combination for budget travelers.

What to see: Washington, D.C. is possibly the greatest spot for sightseeing in the country. In a (long) day you can see the White House, Congress, the Jefferson and Lincoln memorials, the Washington Monument and the World War II memorial. The next day, head out to Arlington Cemetery and watch the changing of the guard.

What to skip: The Smithsonian museums offer interesting exhibits (for free), but with so many other attractions you may want to skip this one.

What to eat: D.C. has several districts with great food. Georgetown offers a collection of British pubs, while the Adams Morgan district serves up bohemian dishes and tapas. Check out Madame’s Organs, a soul-food restaurant with arguably the world’s best macaroni and cheese (trust me on this). New York may have the greatest variety of food in America, but no one no one can beat New Orleans on quality. It is simply the best place in America (and possibly the world) to eat. Its culinary strength stems from a melting pot of African, Caribbean, French and Spanish cuisines.

What to see: Spend a day strolling through the French Quarter and its infamous Bourbon Street. Swamp tours are worth it when alligators do come up next to the boat. Lastly, don’t miss the National World War II museum.

What to skip: Bourbon St is fun, but if you’re short on time, keep in mind it doesn’t offer an authentic look at New Orleans. Head out to the Warehouse District instead. It’s where locals go for live music and killer food.

What to eat: Everything. New Orleans food is without rival. Freshly shucked oysters, po’ boy sandwiches and the incomparable muffaletta are all delicious. Heading west from New Orleans, there really isn’t much to see for like, ever. East Texas is notoriously long, but once you arrive in Austin, it becomes worth it. This Texas capital is also the Live Music Capital of the World with a seemingly endless procession of music venues.

What to see: Walk down Sixth Street and pop into whichever bar suits your fancy. I recommend The Ginger Man, a brew pub with an awesome collection of beers.

What to skip: East Sixth can get crazy at night. In a bad way. Start out on East Sixth, then head west to mellower pastures as the evening goes on.

What to eat: In a word, barbecue. Kreuz Market in Lockhart (about an hour’s drive from Austin) is arguably the best BBQ in Texas, while the Salt Lick in Driftwood (30 minutes from Austin) offers live music and lets you bring your own booze. 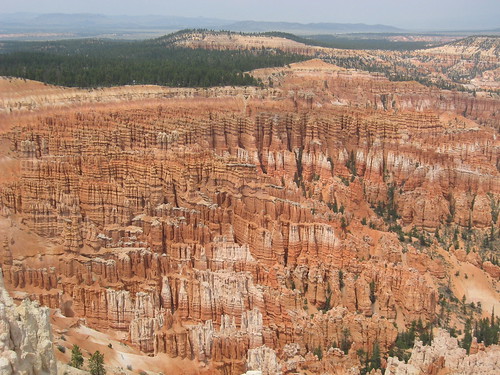 Forget the Grand Canyon. Bryce Canyon, with its collection of orange rocky outcrops (known as hoodoos), is way more interesting.

What to see: The hoodoos are the main draw. You can hike down into the canyon and follow a number of interconnecting trails. At night, take a free astronomy class and appreciate some of the clearest skies in the world.

What to do: If you’ve got time, head out to Zion National Park for a couple days, too.

What to skip: There’s nothing bad about Bryce. Seriously, it’s all good. 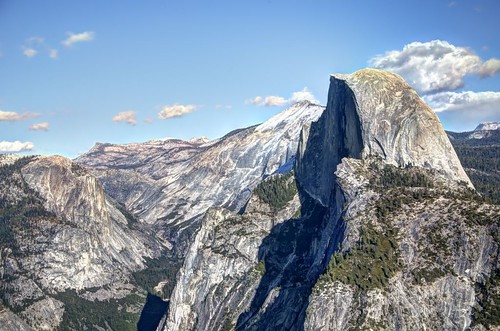 Yosemite is easily one of America’s most beautiful National Parks. It’s also one of its oldest. Though it didn’t become a National Park until 1890, Yosemite was set aside for protection by Abraham Lincoln in 1864.

What to see: Yosemite Valley is where most people visit. Sites like Half Dome (a giant granite dome carved in half by glaciers during the last ice age) and Yosemite Falls are easily seen from the valley below. You can hike to both as well (Half Dome, 10 hours; Yosemite Falls, 3 hours).

What to do: An overlooked gem of Yosemite is the Tuolumne Meadows region (40 minute drive from the valley). Here you can hike along twisting rivers in a sub-alpine environment.

What to skip: If possible, don’t drive in the valley during the day.  Traffic can be a huge problem, especially on weekends.  If you must drive, head out early in the morning or in the afternoon when the rush has calmed.

From Yosemite it’s only four hours by car to the West Coast’s most picturesque city. San Francisco is a love-it-or-leave-it type of town: you either fall in love with its rolling hills, coastal fog and delicious restaurants, or you’re completely turned off by the grittier parts of the city.

What to see/do: You can walk across the Golden Gate Bridge in under an hour. It provides great views of both the bay and Pacific Ocean. I highly suggest you take a tour out to Alcatraz Island, the former prison island located just a short boat ride from the peninsula.

What to skip: Unless you like walking over meth addicts and homeless people on the sidewalks, skip Haight Ashbury.  There’s vintage and second hand shops that have a few hidden finds but other than that, it’s not worth your time.

By Adam Costa for PeterGreenberg.com. Costa is Editor in Chief of Trekity.com, a travel site which helps you find, plan and share your next adventure. He is also the co-founder of Travel Blogger Academy. Follow Adam on Twitter.