Theresa Corigliano reports on day two of her Olympic adventures in Vancouver and Whistler, and shares some lessons learned from her first time at the Games.

I am here to tell you that sometimes, being really excited about the Olympics sometimes makes you stupid. More confessions a bit later.

It all worked out, but today we did what the Vancouver2010 Web site tells you NOT to do: try to schedule a second event following a Whistler event.

Months ago, when the Games were an abstract and I was punching keys on a computer, I looked at the start times for the events I wanted to go to and thought: Pshaw! I want to see as much as possible. We can do this. Yes we can.

Well, yes you can…but with very little wiggle room to spare. I get why the Olympics people suggested you don’t try double-dipping events.

We set our alarm clocks for 4 a.m., and were out the door by 5 a.m. I had carefully plotted out our route with the help of the Canadian transit Web site. We were boarding a train at Stadium station, headed to Waterfront, where we were changing to the Seabus, which would take us to the 6:25 a.m. Whistler bus for which we held a reservation.

The suggested travel time to Whistler from downtown Vancouver was two to three hours. Our men’s ski jumping (normal hill) event was scheduled to begin at 9 a.m., so we felt good about our timing at that hour of the morning. 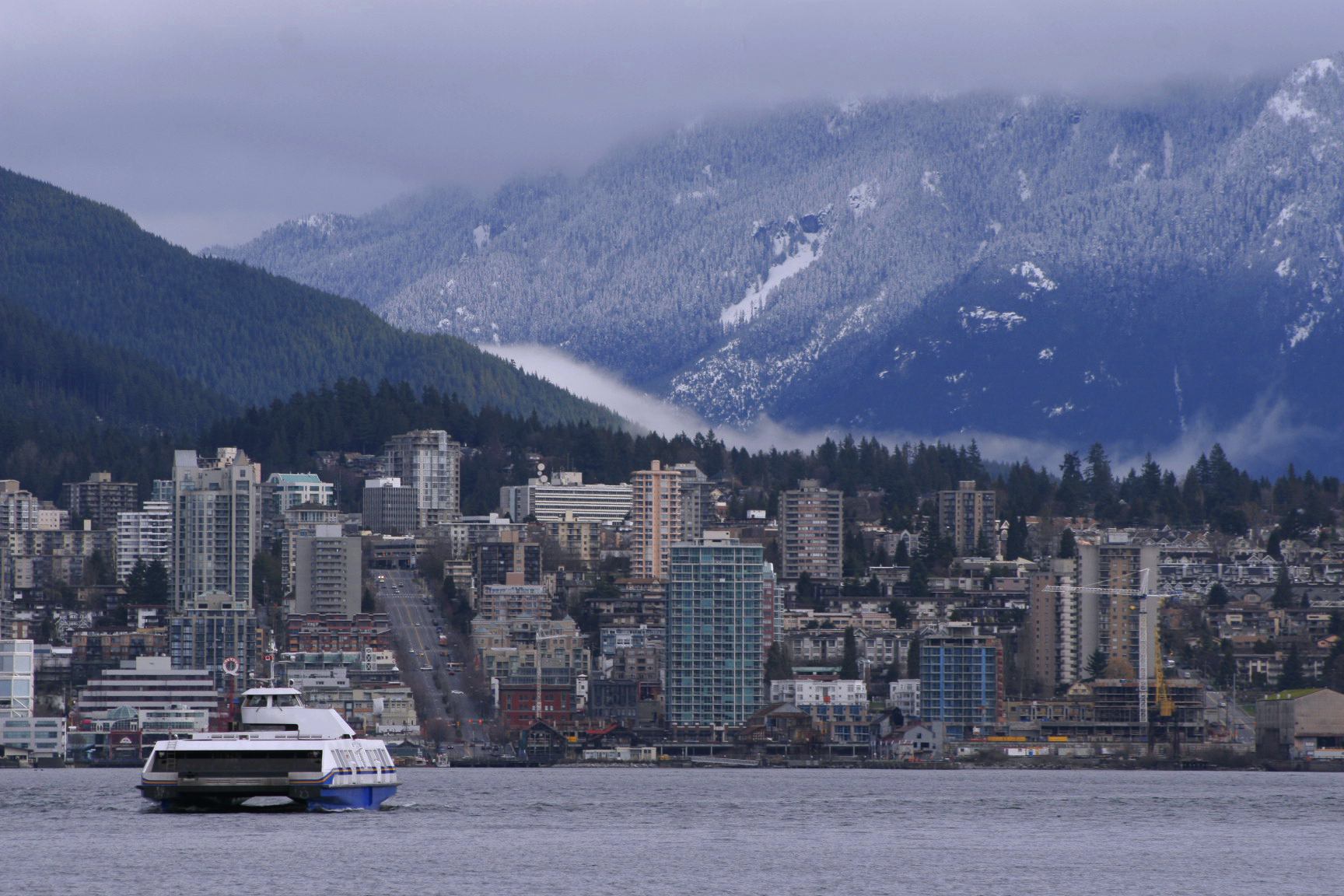 We still made our Seabus (it’s a ferry across to the North Shore of Vancouver), and our Whistler bus (an actual bus) for the ride to Whistler, which actually took about 90 minutes. We arrived at Whistler at 8:20a.m.—plenty of time, we thought.

But then there was security, the walk to the venue, past the rows of port-a-potties (the only choice)…and a daunting 1-mile hike through snow-covered forest, all uphill, in heavy coats and long underwear, with cheerful Blue People urging us on.

By the time we made it to our cold and wet bleacher seats, we had missed the training runs down the hill. We settled, with our seats warmers and hand warmers, hoping the glimmer of sun would expand to warm us.

Learn more about Whistler in Spotlight on Vancouver 2010: Whistler & Blackcomb or more about the travel process in our Olympics Travel section.

In truth, the rain had stopped, and it was fairly comfortable. And I can tell you, it is amazing to watch these athletes fly through the air, on what they call a normal hill, with the big daddy hill directly adjacent to it. How, I wondered, do these guys train for this? Do you go to the top, and then someone shouts: “One, two, three, GO-OOOOOO”? Happily, there were plenty of “thrill of victory,” no “agony of defeat” runs. One brief weather delay, as fingers of fog obscured the tower at the top of the hill, which delayed us for an hour. The slog back to the buses, a quick meal at the charming Lonsdale Quay marketplace, the ride back on the Seabus, Skytrain to the apartment, quick change for our sped skating event, which we were thrilled were to take place at the venue where the Canucks played, a few blocks from our rented Chinatown apartment.

Correction: As we stood in the long line to get into Canada Hockey Place, a young mother overheard us chatting about short track. Uh, she said, there’s hockey here tonight, not speed skating.

What?! Turns out, I had never looked at the ticket. Our event is where the Canucks USED to play hockey—the Pacific Coliseum, in east Vancouver—nowhere near where we were currently standing, already behind schedule. How could I not have caught this?

Get more help from locals with our Ask the Locals Travel Guide: Vancouver.

We hightailed it to the street, and for the first time since we had arrived in town, were able to flag down a cab. The driver did his best to get us to the Coliseum, where we had another 40-minute hike to the arena. Again, we were being routed from behind the venue back to the front, and can only assume this was done for security reasons. We made it inside with less than a minute to spare before the start of the event.

Our seats, courtesy of an apology upgrade from the second ticket vendor I had used (they never mailed my tickets, as promised, and I had to schlep over to their office to pick them up), were just a few rows off the ice. We felt one with the skaters.

To our right was the most adorable Charlie Brown baby I have ever seen—head encased by thoughtful parents in enormous noise-canceling headphones!

To our left, in worse seats than ours, the opening ceremony narrator, Donald Sutherland. When Apolo Ohno won his record sixth medal, again because of a Korean mishap, we were thrilled to have witnessed the victory.

It’s a good thing short track is beyond exciting, because at this point, we were running on fumes.

After the event, 45 minutes in the rain back to Hastings Street, and express buses to the SkyTrain. Lots of confusing instructions, people being herded in the wrong direction, buses not available, slogging though mud so thick it ripped your boots off your feet … an hour and a half to get back home. One long day, but exhilarating.

Day two of the Games, and I still feel like I am living a dream.