The government is cracking down on how airlines compensate passengers for lost or damaged baggage.

The Department of Transportation (DOT) recently reprimanded Spirit Airlines to the tune of $375,000 for violating federal rules regarding baggage-reimbursement requirements.

The DOT has now issued an ultimatum to other airlines with similar policies—shape up in 90 days, or face the consequences.

Now that the DOT is getting serious about lost luggage, what kind of changes can we expect to see from airlines?

As it stands now, many airlines refuse to cover expenses within the first 24 hours after they misplace a bag. So if you need to immediately replace toiletries or clothes for a meeting, don’t expect the airlines to foot the bill.

They also only pay for these incidental costs on the outbound leg of your trip. If they lose your bag on your way home, tough luck.

However, these common airline practices violate DOT rules—and transportation officials are finally doing something about it. “Travelers should not have to pay for toiletries or other necessities while they wait for baggage misplaced by airlines,” said Transportation Secretary Ray LaHood in a recent statement.

After the 24 hour waiting period, most airlines are also notoriously stingy when it comes to paying passengers a daily stipend for lost baggage-related expenditures. Many airlines will pay $25-$50 a day, with a ceiling of $100-$200, although they do say they consider higher reimbursements on a case-by-case basis.

American Airlines and Southwest claim they have no daily limits, but passengers have to file formal claims and get prior approval from the airlines for all purchases. These often exclude replacing lost electronics, medications and items like sunglasses.

Check out the scale of the lost luggage problem: New Report Estimates Over 40 Million Bags Lost By Airlines Worldwide–Every Year. 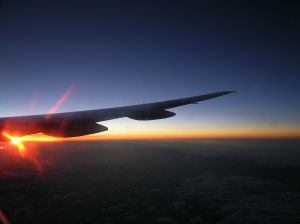 DOT officials say these parsimonious payout policies won’t pass muster. According to the agency, airlines are liable up to $3,300 per passenger for lost luggage—which includes incidental costs for replacement items.

Travelers have been grumbling about tight-fisted baggage-reimbursement policies for years, but now DOT is actually stepping up to the plate and putting an end to these dodgy arbitrary limits.

The agency has told airlines that they have 90 days to change their policies before they find themselves in the same position as Spirit Airlines.