Peter appeared on The Early Show on CBS to discuss hotel security and how guests can be proactive in protecting themselves. Check out this follow-up report …

No doubt about it, the thought of a terrorist attack on a hotel on U.S. soil is a terrifying one.

This past July, terrorists struck two U.S.-branded hotels in Jakarta, Indonesia; in November 2008, there were more than 10 coordinated attacks across Mumbai, India, including two luxury hotels: the Oberoi Trident and Taj Mahal Palace & Tower.

So how safe is your hotel?

As Peter reported, private strategic intelligence company STRATFOR calculated that in the eight years following the events of September 11, 2001, the number of major attacks on hotels more than doubled compared to the eight preceding years—from 30 hotels in 15 different countries, to 62 attacks in 20 countries.

According to STRATFOR, post-9/11 awareness and security measures at “hard targets” like U.S. government offices or military facilities have pushed terrorists to look toward easier targets. In addition, the company reports that al-Qaeda and other jihadists are moving away from a highly organized, centralized structure to a more undefined franchise model with less training and less funding, making hard targets more difficult to attack.

Hotels are considered a “soft target” because their business model relies on a constant flow of people to generate revenue—that includes guests, conference attendees and patrons at the restaurants and bars. In the hospitality industry, where customer service is key, subjecting those guests and non-guests to screening measures could be detrimental to business. Multiple entrances and exits, unattended bags and lack of crash barriers around perimeters also heighten the risk.

Just a few months after the bombings, Peter was in India, broadcasting from one of the targets, so check out the full show from Mumbai, India: From a terrorist group’s perspective, striking an international hotel in a major city—which often welcome foreign business travelers, diplomats and government officials—rather than a government office can make a similar political statement and instill just as much fear.

In foreign countries such as Indonesia, India, Pakistan, and Egypt, where hotels and resort areas have been targets in the past, security measures are far more stringent than we see here in the U.S. It’s not unusual to see security guards screening cars as they enter hotel grounds, or for bags to inspected upon arrival.

International counter-terrorism consultant Frost & Sullivan has even developed an assessment of hotel security programs to determine whether hotels that rely on security equipment such as X-ray machines and video cameras are doing so effectively, and conduct intensive hotel security training course to improve on existing measures.

Learn more: Reflections on Mumbai & the Future of India Tourism.

But here in the U.S., it’s a different story.

In fact, Chris Grniet, vice president of international security consultancy Kroll Security Group, says that he doesn’t know of any hotel in the U.S. that has implemented high-security measures like their more targeted counterparts in other countries. It’s generally agreed that hotels in the U.S. are not currently considered a high terrorist threat, which mean that few hotel owners are willing to spend money on ramping up security with high-ticket—and potentially invasive—items such as metal detectors, X-ray machines and explosive vapor detectors.

In many cases, the most a U.S. hotel will do to improve safety and security is increase the number of security cameras and closed-circuit television in public spaces and guestroom floors, limit access points into the building, require key cards to get to guest room floors, and train staff to be alert to odd behavior. Furthermore, those measures aren’t there solely to prevent terrorist attacks: they also help prevent more common crimes like theft and assault.

Even if a major chain makes advancements in structure and technology, it doesn’t mean the changes will necessarily catch on brand-wide. Many brands are individually owned or managed, both within the U.S. and abroad, so decisions are made on a hotel-by-hotel basis.

Back in 2003, a report entitled, “The Safety and Security of U.S. Hotels: A Post-September 11 Report,” was issued by the Center for Hospitality Research at the Cornell University School of Hotel Administration. The study, authored by Professors Cathy Enz and Masako Taylor, reported that most hotels in the U.S. are “standing pat” with their pre-9/11 security procedures. 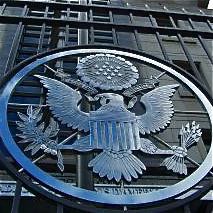 After analyzing more than 2,100 member properties of the American Hotel and Lodging Association, it was discovered that one-third of general managers surveyed had done nothing to alter their security procedures.

Although Professor Enz admits the study is limited in terms of measuring improvement in the “human element,” i.e. hotel companies that train employees to be more vigilant and attentive to security concerns, she says that little has changed in security measures in the eight years since 9/11.

A follow-up study released August 2009, entitled, “Safety and Security in U.S. Hotels,” revealed, perhaps unsurprisingly, that hotels with the highest level of safety and security are luxury hotels, airport and urban hotels, and large and newer properties.

While luxury hotels in many foreign countries often operate on red alert, even their measures are limited. When the JW Marriott and Ritz-Carlton in Jakarta were bombed in July, killing nine people and wounding 50, both hotels were already operating at the highest threat-risk level. Each hotel had explosive vapor detectors, secure entrances and bomb-sniffing dogs to check guests and luggage. But in both hotels, suicide bombers had checked in as paying guests days before, and used their room as a command post to assemble bombs.

And don’t miss Peter’s Tips on Staying Safe in Hotels.

“If you have a determined perpetrator, you cannot stop it from happening,” says Bruce McIndoe, founder and CEO of iJet Intelligent Risk Systems, an Annapolis, Maryland-based global security organization. “But what did happen is that the loss of life and damage was at a minimum.”

OK, so U.S. hotels aren’t iron-clad fortresses, and even if they were, it wouldn’t necessarily prevent a terrorist attack as we’ve seen in other countries. But how can we, as guests, minimize the threat without evolving into a fear-based society? Here are some common-sense suggestions: