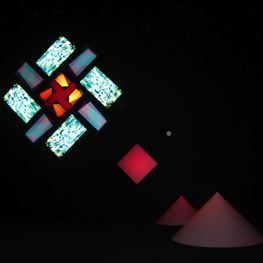 “Lost Girl” Amanda Pressner recently took a 26-hour marathon flight from New York to Sydney, Australia, to be one of the first to experience Vivid Sydney—a three-week music and light festival that will transform the city’s harbor into a living art canvas. Read her report on the events, the city and more …

This past weekend, while friends were pulling out shorts and bikinis in preparation for Memorial Day barbecues, I was cramming tights and sweaters into a carry-on bag and preparing to go Down Under for the winter.

Why head to Australia just as the chilly weather has arrived?

I made the journey from New York to Sydney—a 26-hour marathon flight that included a three-hour layover in L.A.—in order to be one of the first to experience Vivid Sydney, a three-week sensory extravaganza that’s one of the city’s most extensive and anticipated celebrations since the 2000 Summer Olympics. Originally conceived to show off the city as one the major creative hubs in the Asian-Pacific region, the event organizers are have been calling Vivid “the biggest international music and light festival in the Southern Hemisphere,” aiming to transform Sydney’s harbor-front in to a living canvas of light and sound.

Art lover or not, I’d employ almost any excuse to get back to Australia, where I lived and backpacked with friends for several months in 2007 (as loyal as I am to the Big Apple, I actually had a few weak moments where I considered overstaying my visa and becoming an honorary Sydneysider). The locals here have perfected the balance between being laid back and hardworking, ultra-friendly and genuine. Since traveling is in their blood, they often extend themselves hand over foot to help out a visitor.

And starting May 26 the city will see plenty of new visitors—all arriving at time that’s typically considered the low season in New South Wales.

Vivid Sydney, the first major festival held during Sydney’s winter, runs through June 14 and is expected to bring tens of thousands of additional tourists into the city (not to mention millions in revenue). Visitors will be able to attend four cornerstone events that will take place across the city’s iconic sites and districts, including the Sydney Opera House, The Rock, Circular Quay, and the City Center. Many of these offerings will be free of charge in an effort to make Vivid Sydney an inclusive event that’s available to everyone. Others, like a series of concerts held in the Opera House, can be accessed for a reasonable ticket price. While I couldn’t spare all 19 days it would take to see Vivid Sydney program in its entirety, I decided to visit for the first week when the vast majority of the exhibits will come to life.

After the marathon flight aboard V Australia (the latest of four airlines offering non-stop, trans-Pacific service to Sydney) I checked into my room at the centrally located InterContinental Sydney and opted to push through the jet lag rather than collapsing into bed. A brief preview of the “Smart Light” section of the festival would be held in few hours and I had no intention of sleeping through it.

One solid meal and several long blacks later (that’s a strong cuppa joe to all of us non-Aussies), I vibrated down to the Circular Quay to join a walking tour of The Rocks, the area settled by the “First Fleet” back in the day when Sydney was established as a British penal colony. While the area has since been transformed into a high-end neighborhood filled with galleries, cafes and high-end hotels, the footprint of the original buildings still remains. Just by turning down an alleyway paved with stones made from the ballast stones aboard the First Fleet ships, I found myself transported back two centuries.

As our guide lead us through the former colonial district, proudly pointing out historic sites (“look at this old sailor’s hotel—it dates all the way back to the 1800s!”) I spotted a pile of half-opened plastic bags with bouquets of light bulbs nestled within. They looked a little too artful to be merely trash, and the guide confirmed that they were in fact one of the 25 sculptures set to be illuminated during the Vivid Sydney Light Walk. Hefty bags as avant guarde masterpieces? I couldn’t wait to see what else the artists had in store.

I wouldn’t have to wait too long. At dusk that night, the few people who happened to be milling around Circular Quay were given a sneak peek at five of the lighting installations located along the waterfront.

The first and possibly the coolest was the projection of a serious of abstract images on the exterior of the Museum of Contemporary Art.

One of the most deceptively simple sculptures was a series of four gigantic blue hula hoops that required the power of human energy—in this case tourists peddling furiously on stationary bikes—in order to come to life.

At that point, I could hardly muster up the energy keep moving, let alone pull a Lance Armstrong impression in the name of modern art, so I flagged a taxi and made my way back to the InterContinental. The next day marked the true kick-off of the festival when internationally renowned music producer and event curator Brian Eno lit the sails of the Sydney Opera House—an act that turned the white surface of the landmark into the enormous living canvas.

Over the course of the festival, held from Tuesday May 26 through June 14, visitors can attend several cornerstone events that take place across the city, including the Sydney Opera House, The Rock, Circular Quay and the City Center, many of which are free of charge. Here’s a brief overview of what’s happening …

Luminous is a music festival at Sydney Opera House that brings together music art and light. It’s curated by Brian Eno, the internationally renowned record producer who’s worked with David Bowie, Coldplay, U2, and Talking Heads, among others.

Smart Light Sydney will showcase dozens of dynamic light art sculptures using smart technology with a free Light Walk around Sydney’s harbor precinct. Conceived by Sydney born lighting designer and composer Mary-Anne Kyriakou, the event is themed “Cities and Memories.”
Firewater offers three nights of “flame, food and spectacle” in the city’s famous Rocks district and will recreate the dramatic burning of the convict ship the Three Bees, which sank in Sydney Cove in 1814.

Creative Sydney is a confluence of ideas centered around a series of creative industry seminars, workshops and events celebrating the wealth and diversity of Sydney’s artistic talent. Staged over the course of the festival, programming covers disciplines such as visual arts, music, performing arts and design and will also showcase the city’s emerging creative talents.

Learn how you can get to Australia for less in Budget Travelers Rejoice: Competition Makes Australian Airfares Cheaper Than Ever.