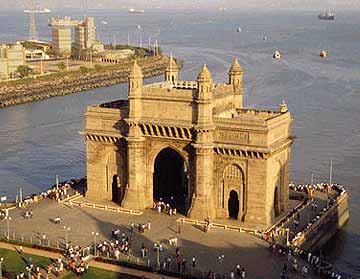 Last week’s terror attacks in Mumbai shocked the world with their intensity and coordination.

Ten of the city’s most prominent and affluent landmarks, frequented by well-heeled tourists and business people, were made into scenes of devastation by militants who killed hundreds.

On the first day of the attacks, Peter was in contact with a close friend of his who is the managing director of the Taj Mahal Palace & Towers hotel, one of the targets of the violence.

Since all phone lines into the city were jammed, they were only able to communicate with each other by email.

His messages related the sense of fear and chaos that reigned inside the 105-year-old colonial hotel as unknown gunmen roamed the maze-like corridors while guests and staff barricaded themselves into rooms and offices.

“We’re in a lock down mode here at Taj. (200) guests are in the restaurant with security. I’m locked down on the first floor. The police have control of the whole building and have narrowed five armed men to the sixth floor of the Taj Palace wing and closing in….”

After all was said and done 60 hours later, the majestic hotel, previously host to statesmen and royals, was reduced to a burnt-out shell of its former self. 529 rooms had been set on fire by the terrorists – including the one that Peter stayed in last time he was there – and bullet holes riddled the fixtures throughout the lobby and restaurant. Dozens of guests had been either killed, taken hostage or injured.

The violence no doubt raised questions among travelers about whether or not it is safe to go to third-world countries where terrorism is common, and even whether it is a good idea to stay in a high-profile establishment that might become a target for attack.

Unfortunately, hotels are fairly easy targets for terrorists intent on causing mayhem. The multiple entrances and exits, easy vehicle access and dozens of unattended bags in the lobby make it relatively easy for people to move in and out of the hotel unchallenged. The Taj is no exception. Built in a time when security was not an issue, the hotel has seemingly endless labyrinthine corridors that are difficult to navigate even in the best of circumstances.

“Imagine the panic of the guests not knowing half the time even how to get to their rooms when they first get there, and certainly the reverse of that, not knowing how to get out,” Peter told Steve Scher of KUOW radio in Seattle.

However, you can protect yourself in hotels by practicing personal awareness every time you check in. If you see entrances or exits unmanned by security personnel, report it to management. The same principle applies if you see an unattended car parked near the front entrance for too long, or unattended baggage in the lobby. Most hotels frown on this, but if you see something that worries you, report it. And finally, before you settle in to your room, read the evacuation map (usually posted on the back of the door) and mentally note the quickest escape route.

If you are a really paranoid traveler, you can simply avoid high-profile hotels in touristed areas, or insist on staying in only hotels that have crash barriers around the perimeter of the building and metal detectors at the entrances.

Peter warns against letting incidents such as the one in Mumbai deter people from traveling to affected areas. Not only will you miss out on possibly a once-in-
lifetime experience, but you will be letting the terrorist win by depriving that country of economic sustenance.

“I would go to India tomorrow,” Peter told Sher. “The very best time to go somewhere is after there’s been a civil disturbance, a terrorist act, or a natural disaster, because … these countries derive the bulk of their foreign exchange from travel and tourism. It supports their economy. The worst thing you can do to a country is to disrupt their travel and tourism if you want to shake their economy to its foundation.”

Find out where you really shouldn’t go on DontGoThere.org.

Read more about travel in India:

Off the Brochure Travel Guide to Mumbai, India (formerly Bombay)

Off the Brochure Travel Guide to New Delhi, India

Cheap, “Secret” Intercontinental Flights for Asia, Europe and the Americas