This week, Peter Greenberg Worldwide broadcasts from the beach at the Delray Beach Marriott in Delray Beach, Florida. Joining Peter will be the Los Angeles Times’ Hugo Martin with a report about airlines adding more (and narrower) airline seats, and worse, decreasing the size of airline lavatories. Charlene Farrington, The Director of the Spady Cultural Heritage Museum, discusses the mostly unknown black American history of the Palm Beaches and how, even in the face of segregation, the African Americans built thriving farming communities and a lasting culture. Paul Niedermann, Corporate Executive Chef of Salt 7 and winner of Hell’s Kitchen, discusses the science of menu design and shares why the most profitable steak at a steakhouse is actually the mashed potatoes. There’s all of this and more as Peter Greenberg Worldwide broadcasts from the Delray Beach Marriott in Delray Beach, Florida. 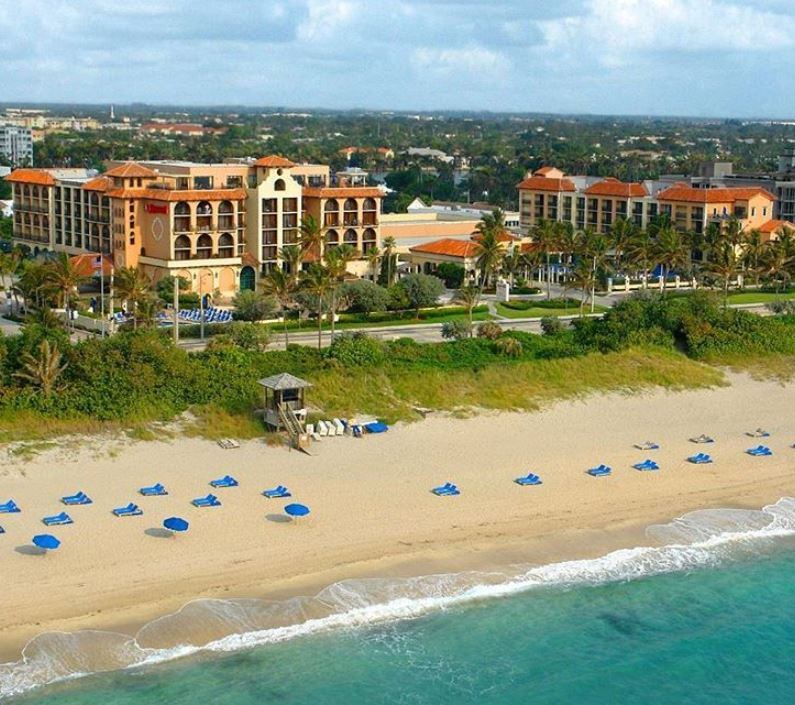 Paul Kagame, the President of Rwanda, joins the program and speaks about life in Rwanda, a post Gorilla poaching era and the upcoming Rwanda: The Royal Tour special airing later this month on April 26.

Arnie Weissmann, Editor in Chief of Travel Weekly, discusses his interview with President Kagame of Rwanda and the remarkable progress the country has made and the tremendous works being conducted in several areas that have lifted the society. He also expands on stringent U.S. visa requirements in Africa and how a new nonstop flight from New York to Kenya will open safaris there and in other parts of Africa.

Hugo Martin, Los Angeles Times, talks about how JetBlue was able to add 12 additional seats by installing new bathrooms, which look like you can only wash one hand at a time in there. Because these bathrooms were installed in the gallery, JetBlue had to switch from trays to carts. He also explains what TSA qualifies as a liquid and why sometimes they pull out your sandwiches.

Marie Speed, Editor of the Delray and Boca Magazine, explains how Delray Beach has taken off in the past 15 years and why people used to say you can fire a cannon down Atlantic Avenue. She then talks about Delray’s monitored growth and its distinct character, which it managed to preserve. Speed also shares where to find the best cocktail napkins in Florida.

Charlene Farrington, Director of the Spady Cultural Heritage Museum, reveals what makes their museum unique. He also explains how the people, who came to Florida after the Civil War to establish farms, had to learn how to live here under severe weather conditions and had to rely on each other to survive. He then discusses how trains changed life in Florida by bringing more people in.

Patricia Ozburn, Delray Beach Marriott Chef Concierge and Member of Les Clefs d’Or USA, talks about her job as a concierge and shares some of the most challenging requests she has received.

Rob Steele, President and CEO of Old School Square, talks about how Old School Square become a national historic location 28 years ago and how it’s mostly Floridians who come here, making it a very local spot. He then tells a story about how the Old School Square was saved from a “wrecking ball” by a donor and became a cultural center and art museum, which can host up to 3,000 people.

Paul Niedermann, Corporate Executive Chef of Salt 7 and winner of Hell’s Kitchen, discusses the science of menu design and shares why the most profitable steak at a steakhouse is actually the mashed potatoes.

Mike Walsh, President of the Ocean Properties, a hotel management company, talks about how Marriott represents 31 different brands and how there is always a difference between what the brand wants and what the hotel needs. He also shares that his company started acquiring hotels slowly so they could maintain their growth and now manages 190 properties across North America.

Ryan Spaargaren, Owner of the Delray Downtowner, talks about how his business, which offers free rides to Delray residents (the customers only have to tip the driver), makes the town safer and easier to get around. Delray Downtowner operates from 11am to 11pm and is especially useful, when it’s too hot outside.

Bill Panoff, CEO of PPI Group and Editor-in-Chief of Porthole Cruise Magazine, shares that MSC’s new cruise ship Symphony of the Sea can host more than 8,000 people. He also talks about how the main challenge is not constructing such a giant ship but finding the place for it to park.